Heterochromia is a rare genetic condition that can affect both animals and humans. It occurs when there is an asymmetry between the colors of their eyes. One in every 10,000 people is born with the condition. Well, you don’t have to be born with it to be special. Just a pair of heterochromia contacts would do!

The most common type is complete heterochromia, where one eye has a blue iris while the other is a brown or hazel iris. Sectoral heterochromia is a less common form of this condition. It only affects one part of an individual’s eye; at least three-quarters of the pupil would usually be affected. It’s believed to be caused by an absence of melanin pigment cells from the iris’ stroma layer due to some form of damage during embryonic development.

Heterochromia may be harmless, especially if someone has this condition from birth. Pigmented eyes in other cases emerge alongside a number of health conditions. They include Horner’s Syndrome, Waardenburg Syndrome, Sturge-Weber Syndrome, and Ocular Albinism, among others. These are the result of birth defects, genetic conditions, diseases, infections, and trauma.

Is Heterochromia A Gift Or A Curse?

Of concern here is the benign form of the condition. It can range from being mild and barely noticeable to very pronounced with two completely contrasting colors like those of a Siamese cat or an Opal gemstone. It’s a fascinating mutation as observers rarely fail to notice the contrast.

They would tend to stare for a while because it’s so intriguing and uncommon. They’d be wondering, is that real heterochromia, or contacts? If you’re born with it (i.e. heterochromia iridium), you’d have to get used to the attention, for better or worse.

That’s understandable as it occurs to six in every thousand people. They could see it as an imperfection or make the most of it, which requires courage. There are those who believe that seeing two contrasting eyes on a person is weird. There are those who also want it for themselves!

What If You’re Not Born With It?

If someone has heterochromia further along in life, it’s typically because of injury or a medical condition that may point to an underlying medical complication. We could be looking at traumatic brain injuries and eye trauma.

Specific types of injuries can cause an abnormal change in eye color. It has to have happened near the eyeball for this effect to occur in most cases. This could reveal potentially serious health problems such as cataracts, glaucoma, retinal detachments and even tumors.

It’s worth noticing when someone attractive becomes popular for having what looks like perfectly complete heterochromia. Without the drawbacks or injuries, it’s as if they’ve won the genetic lottery.

This was what happened to model Sarah Rose McDaniel. She appeared on the cover of Playboy magazine for its first-ever issue in 2016 that showcased no full-frontal nudity.

Heterochromia: Fake It Till You Make It?

But it seemed that Playboy’s choice of a down-to-earth girl with a captivating gaze wasn’t born with heterochromia. In late 2017 it was alleged that it was all a ruse. Sources alleged that they were merely heterochromia contact lenses, not the real thing. It was claimed that photo manipulation software was also used. Apparently whatever we see of her on social media is not real.

According to some sources, McDaniel actually has central heterochromia, with the center of her iris brown and framed by a blue ring in one of her eyes. Perhaps she is merely taking her genetic condition further with contacts.

Some sources even went as far as to claim that she sought out eye implants.

McDaniel, however, has maintained that her heterochromia is natural and has been there with her since birth. We’ll leave that up to you to discern.

What About Other Celebrities?

There are other celebrities who have varying forms of heterochromia, in much subtler forms. If you pay close attention, you’ll see the subtle eye color differences in the likes of Henry Cavill (Superman), Alice Eve (Star Trek), and Mila Kunis (That ‘70s Show).

Many other famous people are proud of their heterochromia. You can check out a comprehensive list of them here.

But subtlety is not what you gun for if you’re aiming to impress. For the complete heterochromia look, you can use different colored contact lenses.

Whether it’s for cosplay reasons or to spice up your personal style, you can opt for a bright combination of blue on one eye and green on the other. A purposeful imbalance can also be achieved by pairing hazel on one eye and blue on the other, as a blue iris appears larger than hazel.

Of course, the trick is not to overdo it so that the look comes across as natural. Done right, you can communicate that you’re adventurous with your style while knowing how to be tasteful. There are contact lenses that are more suitable for cosplaying or other types of costume design rather than to achieve the effect of heterochromia.

You don’t always need to aim for contrast, like Sarah McDaniel. If you are looking for a more low-key option, you can always go for a central heterochromia look instead. It occurs when there are two rings of colors within the same iris. The inner iris could be brown, while the outer ring is green.

Heterochromia contacts can be an accessory you sport. You’ll get people to stare even if they realize those aren’t your natural eye colors. Perhaps just be forthcoming about it, especially if it’s obvious that there aren’t any eye color differences in your family. 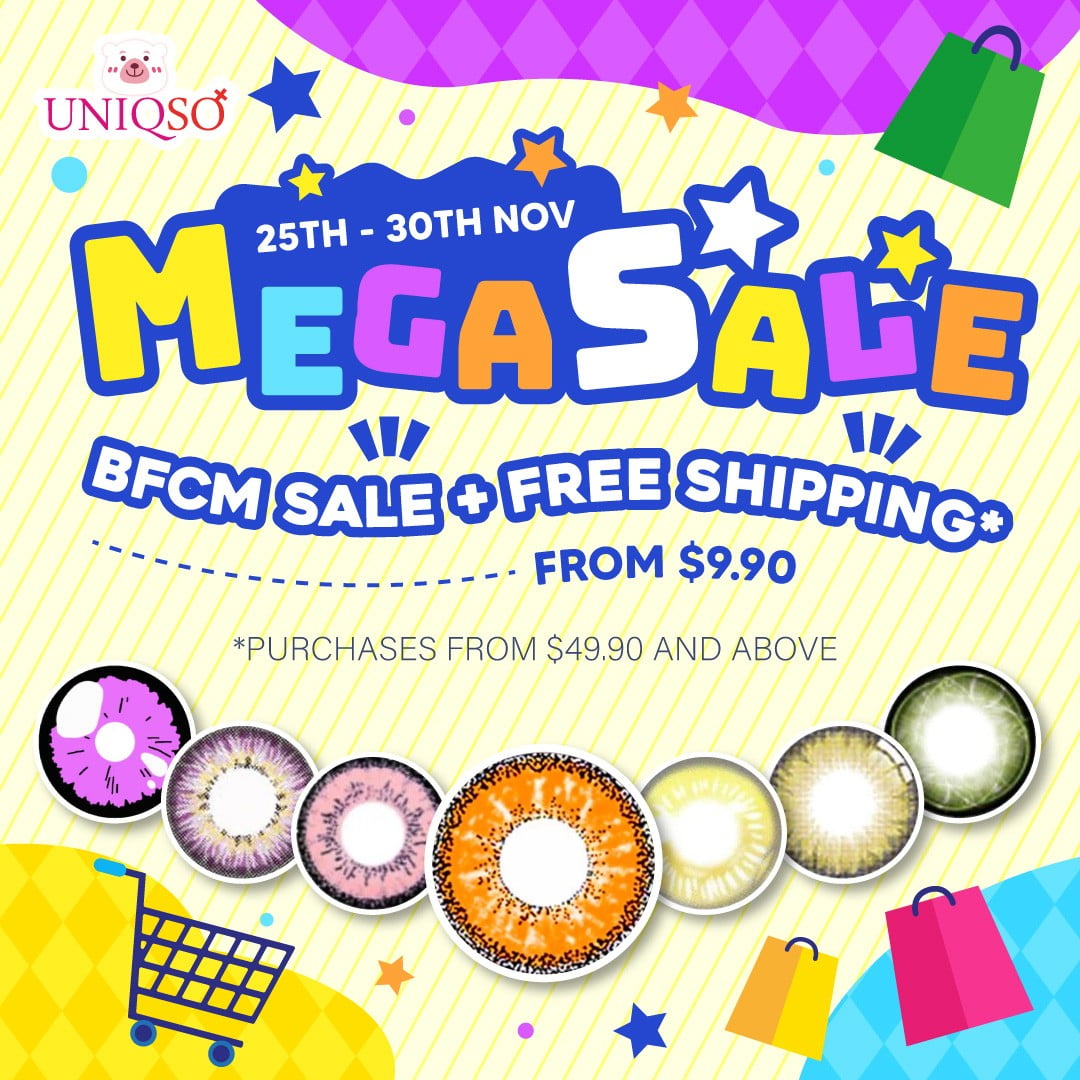 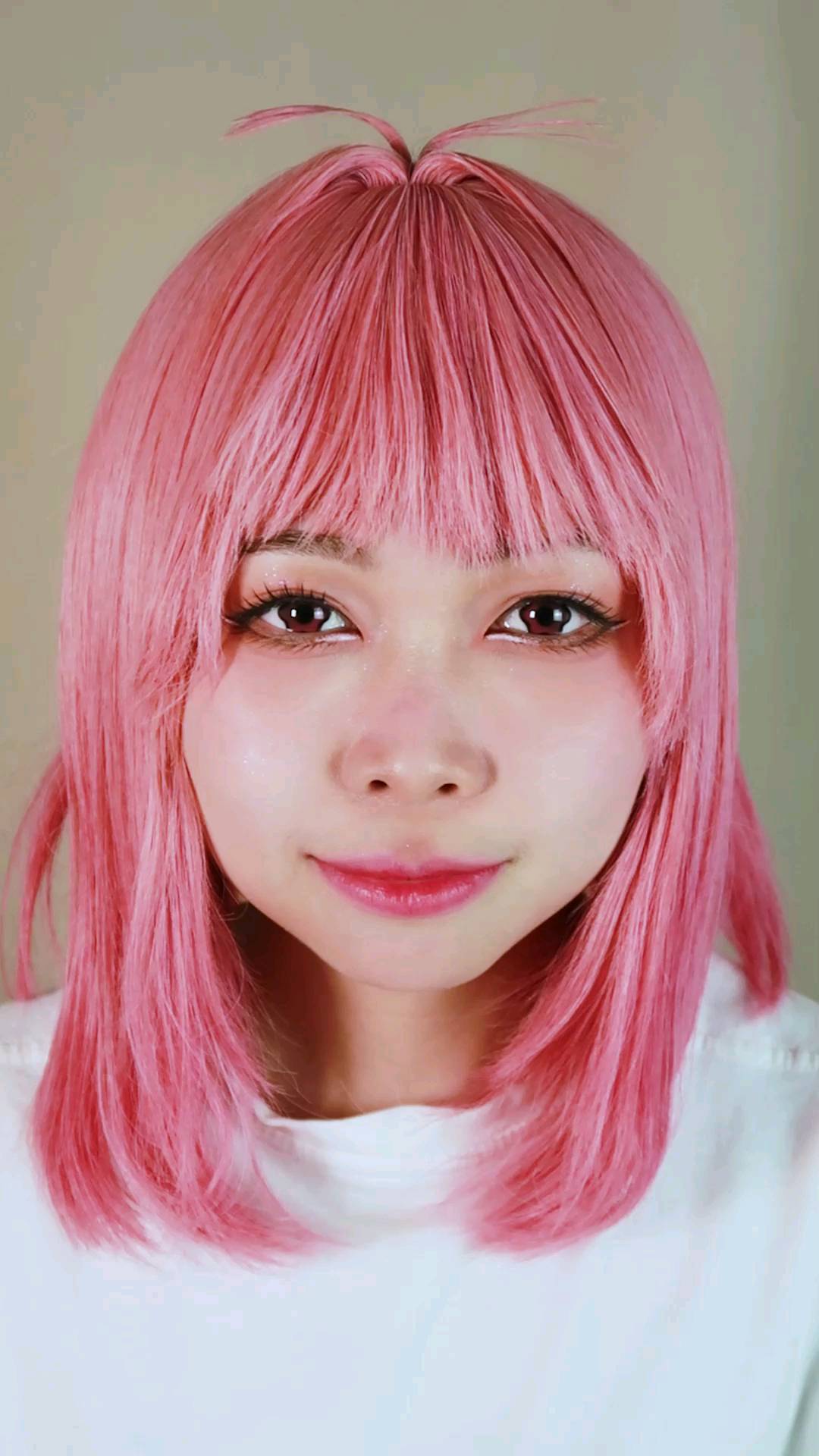 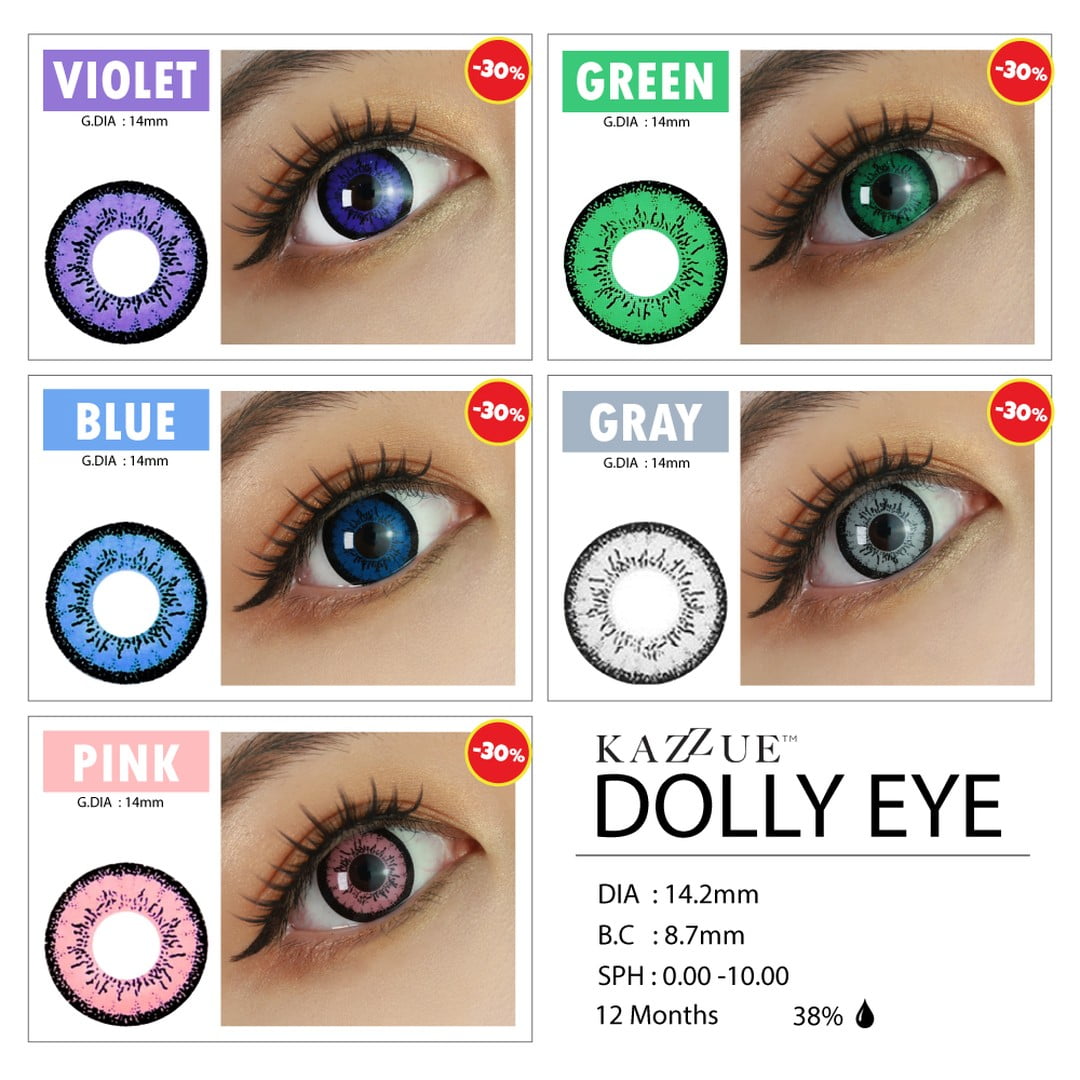 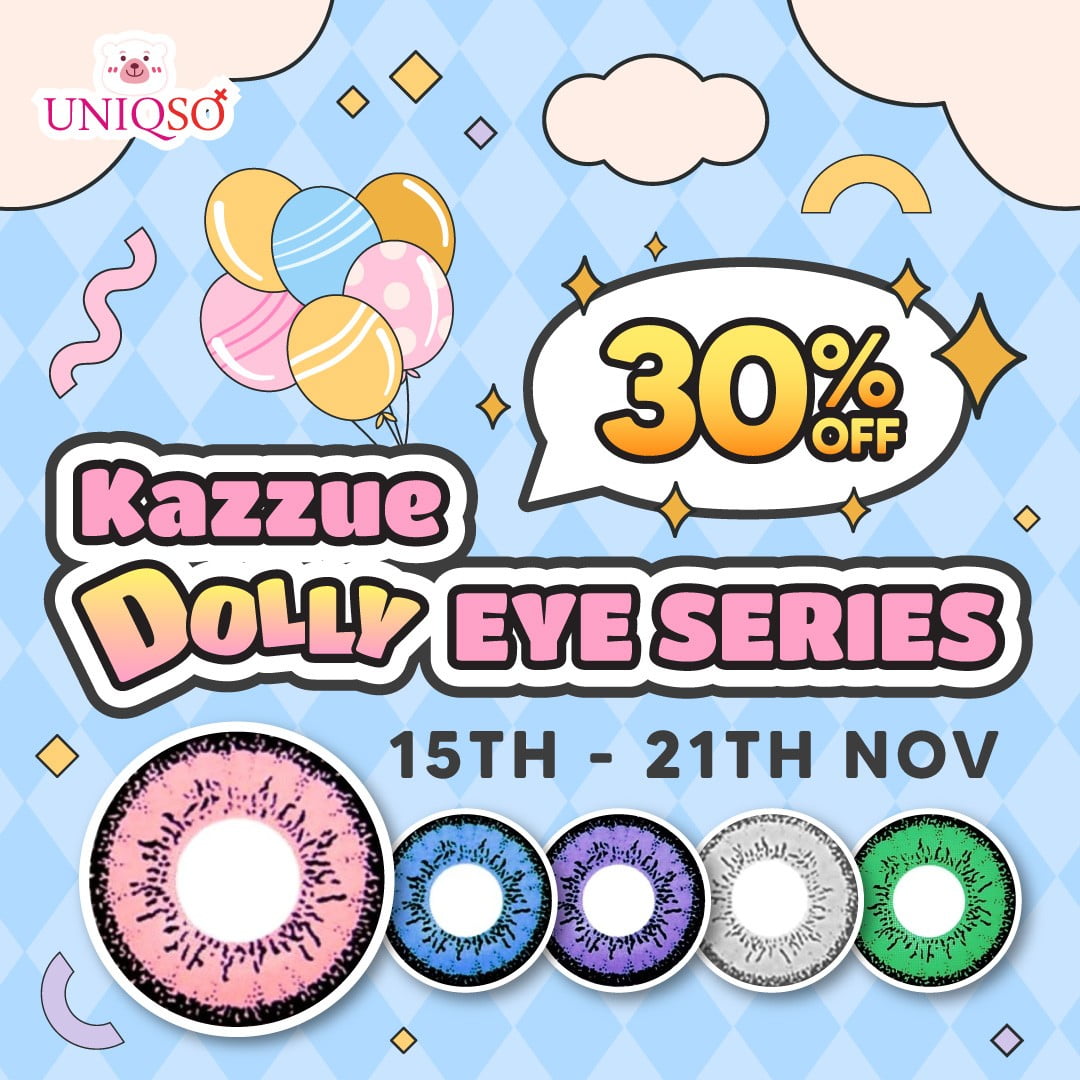 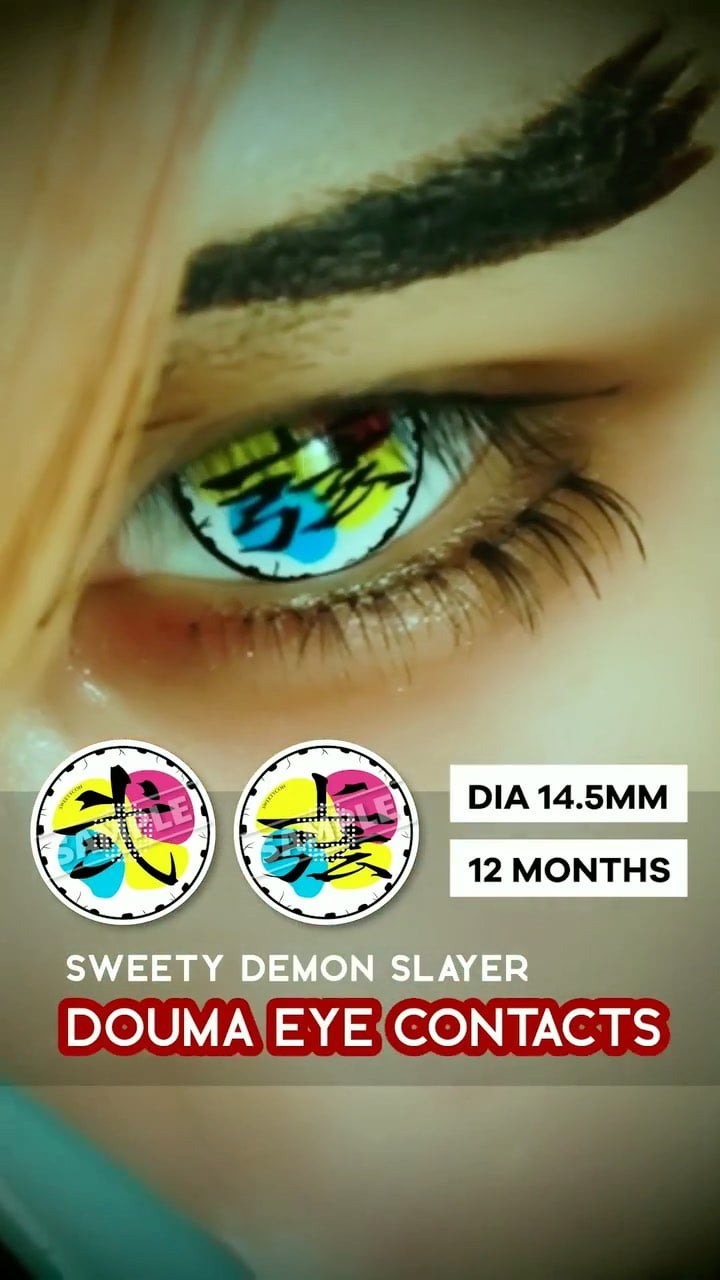